Fleas – the tip of the parasite iceburg!

Home » Fleas – the tip of the parasite iceburg! 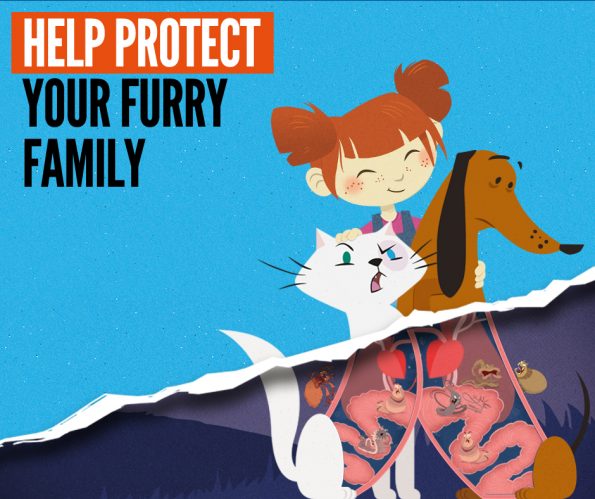 Many of our clients treat their pets for fleas routinely. Fleas tend to be highly visible and many of you know that once you get a flea infestation in your home it can take at least 3 months to break the lifecycle.

But did you know there are other parasites that can affect your pet’s health, or even that of the human members of your family? Those parasites may leave no visible signs in the initial stages, but the consequences of infestation can be very serious.

Lungworm is a potentially fatal disease for dogs, but initially no signs may be seen. It is becoming increasingly common and spreading throughout the UK. Your dog can be infested with lungworm after eating slugs and snails, or from chewing grass or drinking from outdoor water sources (including puddles) which contain lungworm larvae from slime trails.

Ticks are widespread – they can latch on to your pet in parks and gardens and are not just limited to rural locations. The common tick species in this country can transmit Lyme disease to both dogs and humans, resulting in fever, swollen joints, loss of appetite and even long term health problems. A new tick is also gaining a foothold in the UK and is expected to spread – this tick species can transmit a disease called Babesiosis, which can be fatal to dogs.

While you might think that ticks are easy to spot, they can be very tiny until they start to feed. 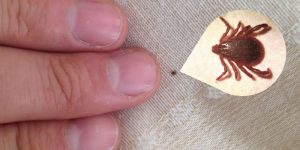 Roundworm is another worrying parasite, but again, you might not see any visible signs. Although often associated with puppies or kittens, adult dogs and cats can also be infested with roundworm and should be treated on a regular basis.  Adult pets don’t often get ill as a result of roundworm, but the worms produce eggs which are passed out in your dog’s faeces. Those eggs can remain in soil or sand for a long time and if accidentally swallowed may cause severe health problems in people, including neurological disease and even blindness.  Children are especially at risk as they often play on the ground and in soil and sandpits.

So, this summer, let’s give some thought to the parasites you can’t see as well as those you can. Helping to protect your pet against parasites both inside and out is easy – just get in touch with us to find out how we can help.  You can also read more about parasites in dogs and cats in our fact sheets.

2 thoughts on “Fleas – the tip of the parasite iceburg!”