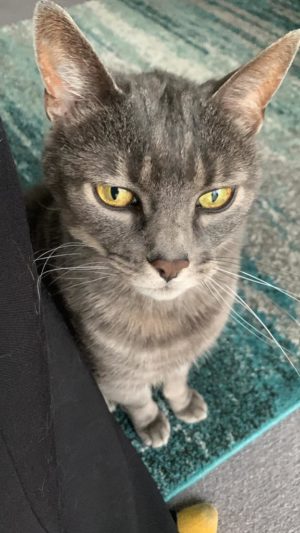 Gus is well known to all the team here at Greenbay Vets, after being diagnosed with a heart rhythm abnormality soon after his owners took him on.

More recently though however Gus has been having trouble with one of his kidneys, and was diagnosed with kidney stones earlier this year. Unfortunately some of the stones had broken off and lodged in his ureter, the tube which connects the kidney to the bladder. The affected kidney was swollen and unable to function properly, and although Gus is always very brave we imagine it was rather painful for him too. 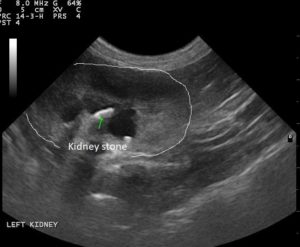 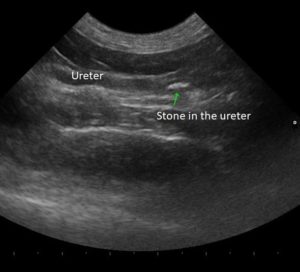 Ultrasound image of dilated ureter with stone inside

Unfortunately it is very rare for stones lodged in the ureter to pass on their own, so surgery was recommended to help Gus. If the blockage isn’t cleared, the kidney will eventually stop functioning. His owners have always done whatever they can for Gus, and decided to go ahead with the operation. 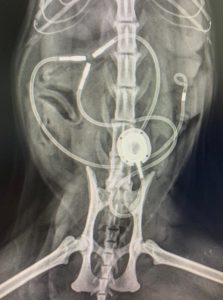 The surgery involves placing a subcutaneous ureteral bypass (SUB) device. This is a tube under the skin, connecting the kidney with the bladder, to essentially bypass the blockage and provide a new route for the urine to pass.  As you can see from the x-ray above this is some complex surgical plumbing work! Gus recovered really well from the operation and we continue to monitor him closely. 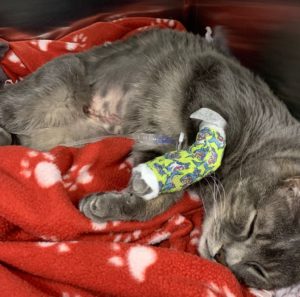 Gus after his operation 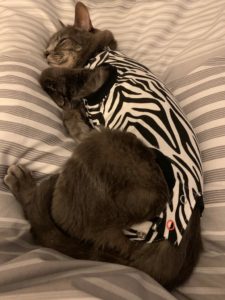