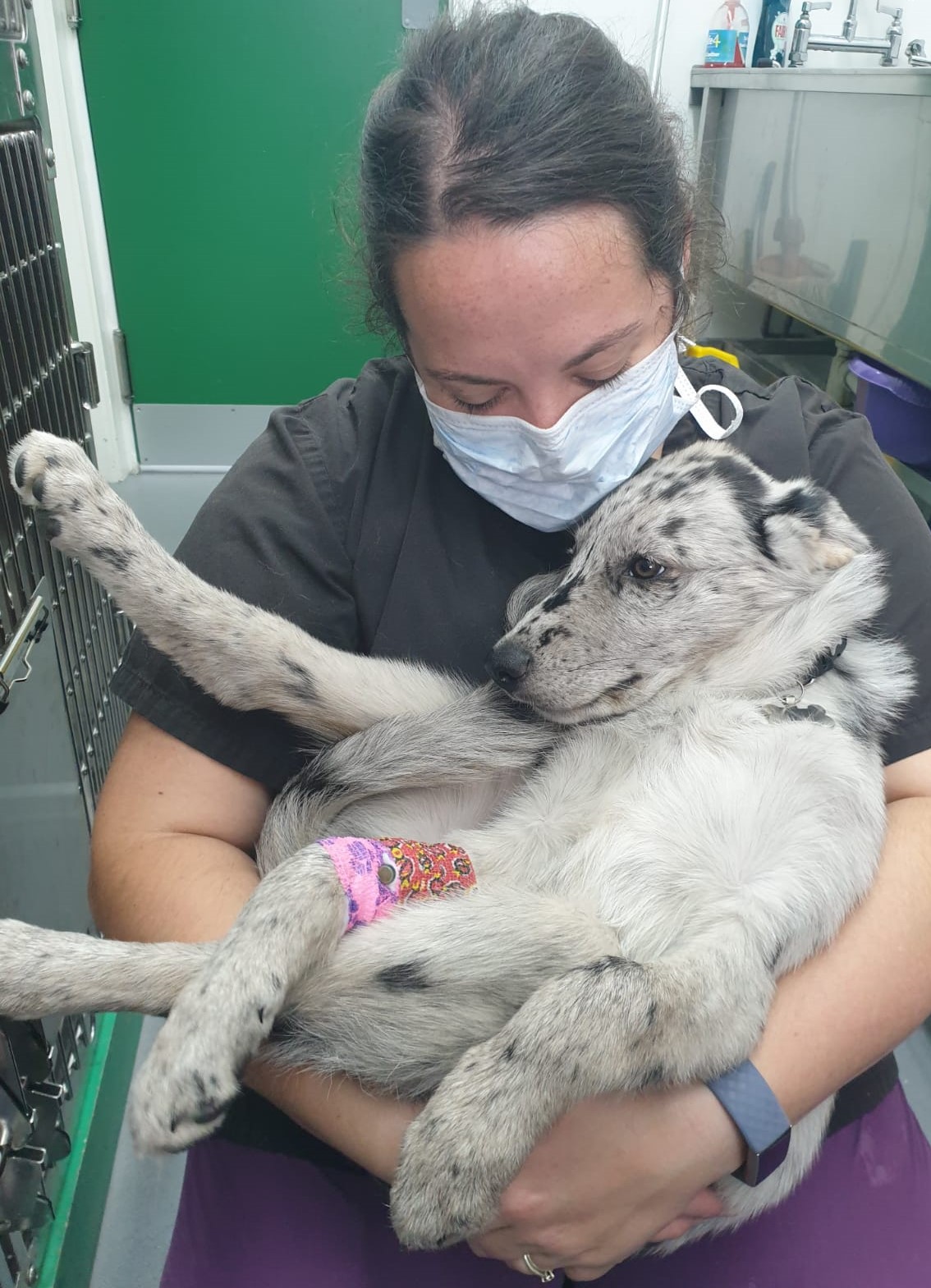 Bilbeau came to see us as a little pup. When he was only a few months old he became lame on one of his front legs, and he was diagnosed with a limb deformity. Usually this occurs as a result of injury to the growing bones, with one bone not growing as quickly as the others and therefore being too short. 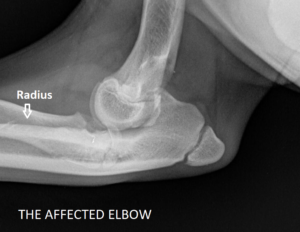 In the affected elbow, the bone called the ulna is too short as it is not growing fast enough. The other bone, the radius is growing at a normal rate, but is restricted by the slow growing ulna. This results in the radius being pushed out of alignment and continuing to grow underneath the elbow joint.

The options to fix this kind of problem are limited and don’t always work. They are also not without possible complications, but Bilbeau’s owners were keen to give surgery a try.

The surgery was performed by RCVS Advanced Practitioner in Surgery, Dr John Mather, with assistance from the team who kept Bilbeau safely anaesthetised and helped with the procedure. John placed a special metal device around and through Bilbeau’s limb, which could be adjusted to gradually increase the length of the ulna bone whilst also returning the radius bone to the correct position. Once the bones were in a more normal position and Bilbeau’s leg had stopped growing, the frame was removed. Bilbeau has been a great patient, and with his dedicated owners following all care instructions carefully, he is doing really well. 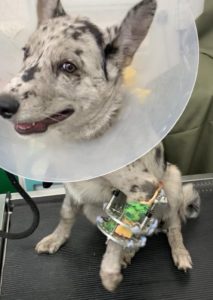 We will need to monitor Bilbeau as he grows up for the development of arthritis in his elbow joint, but without the operation his leg would have been non-functional by the time he reached adulthood.